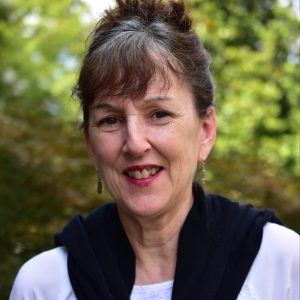 Prof. Carrig has taught Spanish in the U.S. since 1995, and before that taught English as a Second Language in China, Spain, and the U.S.  Since joining the LLC Department in 2012, Prof. Carrig has taught courses in the basic language program, as well as more advanced courses in composition, grammar, and service learning.  From 2013 to 2018, she served as a Faculty-in-Residence, providing a wide range of programming for residential students; and from 2016 to 2018, she was the Assistant Coordinator of the Global Village Living and Learning Community, supporting first-year students pursuing academic and personal interests in international languages and cultures.