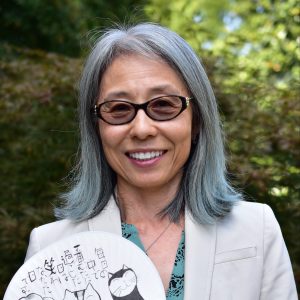 Dr. Chiaki Takagi is a proud UNCG graduate with a Ph.D in English (with a concentration in Postcolonial literature and theory). She has been teaching Japanese and Asian Studies at UNCG since 2000. She was the first full-time faculty member in the Japanese Studies program and has developed and implemented 6 Japanese courses including JNS220 Modern Japan, JNS230 Women in Japanese Literature and Film, and JNS306 Current Issues in Japan.  Her primary research subject is the contemporary Japanese writer Harumi Murakami. She won the UNCG Alumni Teaching Excellence in 2013 and the American Association of Teachers of Japanese teaching award in 2014. She enjoys serving as the faculty advisor of J-Club.