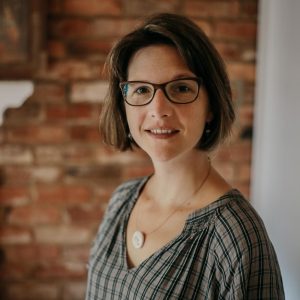 Anne-Fleur Butchart grew up in a small French village, in the the department of Seine-et-Marne. After completing her Master in World Languages, Cultures and Societies from the National Institute of Oriental Languages and Civilizations in Paris, she was chosen as a Fulbright laureate (FLTA) to teach French in the United States. She recently earned a second Master in French as a Second and Foreign Language from the University of Grenoble Alpes. Her thesis focused on the acquisition of a second language through collaborative verbal interactions. She has lived in Greensboro since 2012 with her husband and her two small children, with whom she has the privilege and challenge of creating a bilingual environment. As a French native, Anne-Fleur is thrilled to share her culture and challenge students in their journey as they are rewarded by becoming more confident in their acquisition of a second language.