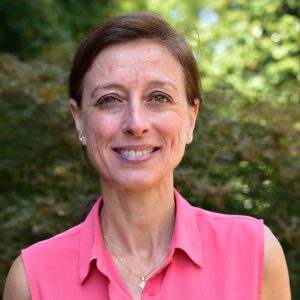 My current research project Black Atlantic: Criollo Writing in the Spanish Archive 1770-1821 dialogues with existing discussions around the contributions of Afro descendants to the intellectual, legal, and military culture of the Black Atlantic in the 18thcentury. I have studied how depicting the slave as a “poor, wretched soul” expanded Santo Domingo’s High Court of Justice’s power over the enslaved, while at the same time, it opened a space for the enslaved to use the law in pursuit of dignity and freedom. In eighteenth-century Santo Domingo, Afro-descendant priest Antonio Sanchez Valverde, without questioning the centrality of slave labor for economic prosperity, responded to the 1784 Código negro carolino (Black code)’s criminalization of free blacks as vagrants by defending their cultural, military and economic contribution to the island’s history. Members of late eighteenth-century Cuba’s privileged but racialized militias, the so-called pardos, also claimed power under conditions of oppression—notably, the era’s system of racial classification. I follow the case of two determined militiamen who, in search of recognition and money, petitioned the court over and over, making arguments that ultimately proved intolerably subversive.

While exploring the Black Atlantic, I continue to work on the literary production of eighteenth-and-nineteenth-century Spain. My latest essay “Maja’s Labors Lost” explores the representations of the eighteenth-century working class female prototype in the one-act plays (sainetes) by playwright Ramon de la Cruz.Reading. Reading these plays intersectaionally helps me place the maja at the juncture of different interlocking systems of control.

My third line of research, exploring the relationship between women writers and feminism in twenty first-century Spain, has been a source of inspiration. For the last couple of years I have pursued creative writing, which so far has resulted in the publication of four feminist short stories (one in English translation) in peer review journals such as Chiricú (2020), Baquiana (2020), Switchgrass Review (2020), Latin American Literary Review (2019), and Seattle Escribe (2019).

I have designed Graduate Seminars such as Feminist Poetics, Spain from the 18th Century to the present; Empire, Literature and Culture in 19th-Century Spain; Topics in Spanish Culture and Civilization, such as Inclusions and Exclusions in Spain’s History; Representations of Spanishness in History; Topics in Spanish Literature such as Lust and Betrayal in the Western Tradition: the Figure of Don Juan; Representations of Race in 19thand 20th Century Cuba; Spanish Composition and Conversation courses; Introduction to Literature in Spanish, and Spanish for the professions.