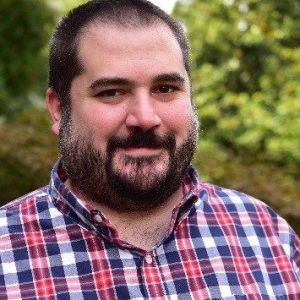 Benjamin (Ben) Davis received his Ph.D. in Germanic Languages and Literatures from Washington University in St. Louis in 2014. Following the completion of his degree he came to UNCG where he teaches all levels of German language, literature, and culture. His dissertation, “Masculinity and Politics in Daniel Casper von Lohenstein’s Dramatic Works” investigates how the staging of gender in Lohenstein’s historical dramas serves as commentary on the political realities facing seventeenth-century Silesia. Recently he has worked on several article-length projects and conference presentations that explore the transgressive potential of queer subjectivities vis-à-vis social and political hegemony in early modern Silesian drama. Along with his dissertation, this work is part of his larger book project: Challenging Empire: The Transgressive Power of the “Queer” in Early Modern Silesian Drama.