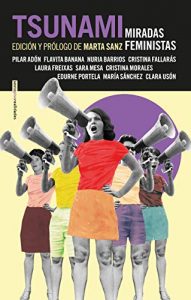 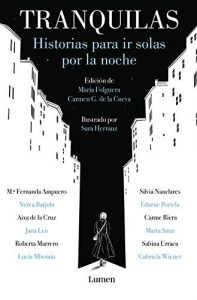 MARÍA FOLGUERA (Madrid) is a play write, a theater director, and a coordinator of cultural events. She has also authored two novels, Sin juicio (Premio Arte Joven in 2001) and Los primeros días de Pompeya. Her list of plays includes La hermana y la palabra, La blanca, La guerra según santa Teresa, El amor y el trabajo, and Hilo debajo del agua. Her short stories “Bajo treinta” and “Última temporada” have been published in anthologies of authors born after 1980. She is the recipient of awards such as Caja Madrid de Relato in 2011; Jóvenes Creadores in 2004; and RNE Radioteatro in 2008. She is currently the artistic director of Teatro Circo Price in Madrid. She is the coordinator of the anthology Tranquilas: Historias para ir solas por la noche published in 2019.

CARMEN G. DE LA CUEVA (Alcalá del Río, Sevilla) is a writer and editor. She has resided in Germany, Mexico, Czech Republic, and United Kingdom. For the last six years, she has been the coordinator-director of La tribu, a virtual site dedicated to the dissemination of feminist literature. She is the author of Mamá, quiero ser feminista (Lumen, 2016) and Un paseo por la vida de Simone de Beauvoir (Lumen, 2018). This event is conducted in Spanish. 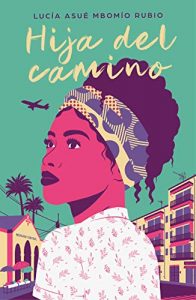 LUCÍA-ASUÉ MBOMÍO RUBIO (Madrid) is a journalist. Currently, she is a reporter for “Aquí la Tierra” a program televised on the Spanish National TV. She writes for El País, in the column “Barrionalismos” and collaborates with the projects Píkara, Afroféminas and Ctxt. In 2017 she published Las que se atrevieron, a collection of six short stories about white Spanish women who married men from Equatorial Guinea during the last years of the Franco Regime. In 2019 she published her first novel, Hija del camino, where she tells the story of a woman who belongs to two continents, who inhabits two irreconcilable realities that nevertheless have become her major source of inspiration. This event is conducted in Spanish. 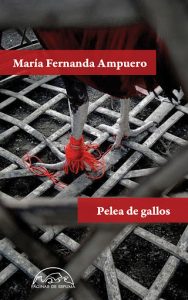 MARÍA FERNANDA AMPUERO (Guayaquil) is an Ecuadorian writer who resides between Spain, Ecuador, and Mexico. She is the recipient of the Cosecha Eñe Prize for her short story “Nam”. Among her publications are Lo que aprendí en la peluquería, Permiso de residencia and Pelea de gallos, a collection of short stories which has been recommended by The New York Times as one of the best books published in Spanish in 2019. This event is conducted in Spanish.

Program organized by Dr. Ana Hontanilla as part of her Seminar SPA 603 Feminists Poetics. Spain from the 18th Century to the present. Presenters have graciously agreed to share their time without any form of compensation.